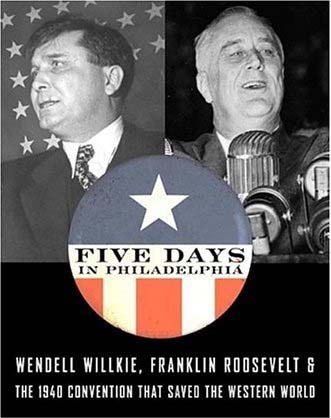 Legendary journalist I. F. Stone wrote an investigative book about Socrates after he retired. Now Charlie Peters, West Virginia lawyer, John F. Kennedy campaign worker, founder of The Washington Monthly, and the man who may be Washington's most prominent cockeyed optimist, writes "Five Days in Philadelphia: The Amazing 'We Want Willkie!' Convention of 1940 and How it Freed F. D. R. to Save the Western World." Charlie Peters headed the Peace Corps' evaluation divsion under Sargent Shriver.

How Willkie Ran, Lost and Helped Win the War

WASHINGTON, July 24 - It is June 1940. France has just fallen to the Nazis. A conservative, isolationist Republican Party, incensed at the prospect of a third term for Franklin D. Roosevelt, nominates a liberal, interventionist political newcomer named Wendell Lewis Willkie. His moderate candidacy gives Roosevelt the cover he needs to pass a draft, swap American destroyers for bases from a beleaguered Britain and win re-election by five million votes.

Fiction? Nope, just improbable fact, recalled with relish by Charles Peters, West Virginia lawyer, John F. Kennedy campaign worker, Peace Corps official and founder of The Washington Monthly, who may be Washington's most prominent cockeyed optimist, in his new book "Five Days in Philadelphia: The Amazing 'We Want Willkie!' Convention of 1940 and How it Freed F. D. R. to Save the Western World" (Public Affairs).

"This is the plot that saved America," Mr. Peters said recently in his living room perched in a wooded cul de sac above the Potomac River, as he explained his fizzy, nonfiction book that could be a rejoinder to "The Plot Against America" (Houghton Mifflin), Philip Roth's darkly imagined 2004 novel in which Charles A. Lindbergh wins the 1940 Republican nomination and the presidency and there are scattered pogroms in the country.

"Because you realize," he added, referring to Willkie's conservative rival, Senator Robert A. Taft of Ohio, that "Bob Taft would have been the nominee. He was Charles Lindbergh, except for the anti-Semitism, so Roth's nightmare could have come true. He was a very nice, very principled man, but he was dead wrong at the crucial point in our history."

Mr. Peters, 78, appreciates Willkie's unlikely appeal for that time and exemplary relevance for this, and he chronicles his candidate's rise in a lickety-split narrative that also conjures up a lost world in which Will Rogers was the beau ideal of common manhood, men wore hats and women gloves and political conventions still changed history in the searing summer heat of un-air-conditioned halls. 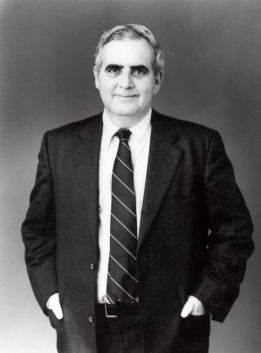 The 1940 campaign was a time, Mr. Peters said, when Americans and their leaders "rose above, considerably above, the common behaviors of today." He had long been fascinated by Willkie's story, and decided to write the book four years ago after retiring as editor of The Washington Monthly, which he founded in 1969 and kept alive through decades of explication of the byways of the federal bureaucracy.

"At first I was just so fascinated with the story, and I wanted people to know that story," he said, "primarily to give Willkie the credit he was due. But as I was telling the story, I became more and more aware of the difference between that time and now, and I think the No. 1 thing I want to come out of the book is for people to see that difference and say: 'By God, we've got to do something about now. We can't go on the way we're going.'"

Not for nothing is Mr. Peters's Monthly column, which he still writes, called "Tilting at Windmills." He has been doing that for years, earning a reputation not only as the father of "neo-liberalism," the philosophy of practical progressivism that found one flawed flowering in Bill Clinton, but also as the godfather to a couple of generations of bright journalists, including James Fallows, Michael Kinsley, Jonathan Alter, Jon Meacham and Matthew Cooper, whom he hired for low wages and trained in his outside-the-box style.

"The big difference between Charles Peters" and "those of us who came to work for him over the years is this," his successor, Paul Glastris, writes in a review of "Five Days" in the Monthly's current issue: "He believes in idealism while we want to believe in idealism." 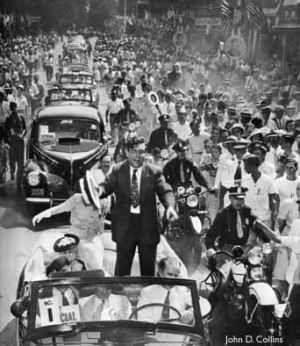 What besides idealism could fully explain how Willkie, an Indiana-born lawyer and utilities executive with a falling forelock, who spoke with a twang but lived on Fifth Avenue, became first the darling of the Manhattan media elite and country-club, Ivy League Republicans desperate for a charismatic candidate, and then the leader of a genuine mass movement that culminated in his getting more votes than any Republican presidential nominee up to that time?

Caption: Wendell Willie in a parade in his hometown of Elwood, Indiana in one of the most famous campaign photos ever taken.

"The hardest thing to explain to people is the degree to which people then really believed Mr. Smith could go to Washington, and because they believed it, they made it happen," said Mr. Peters, whose father took him to the 1940 Democratic Convention as a boy. "And the Frank Capra movies that seem too sentimental to us today? Well, a lot of people actually thought of themselves that way."

But Mr. Peters sees his hero's flaws. Willkie drank too much. He won crucial support on the convention floor by agreeing to grant influence on judicial nominations to Frank McKay, a Michigan power broker whom former President Gerald R. Ford described to Mr. Peters as "a crook." His campaign was much more calculated and much less spontaneous than it seemed. And he was conducting a semi-open extra-martial affair with one of his informal campaign advisers.

"Thank God the press was the way the press was," Mr. Peters said, noting Roosevelt's own complicated romantic life. "Because you have to think that both Franklin Roosevelt and Wendell Willkie would have been destroyed by today's standards before they had a chance to do any of the great things they did." 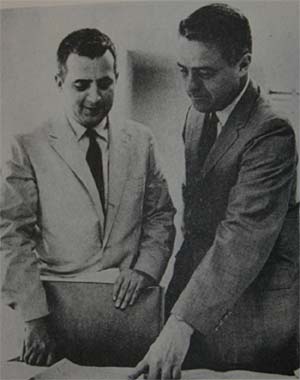 When it comes to the intersection of media and politics, Mr. Peters is neither prude nor purist. He confessed to identifying with the role played by William Allen White, the disproportionately influential small-town Republican editor from Kansas who served as an unofficial go-between for Willkie and Roosevelt at one point. He said his own experience as a member of the West Virginia Legislature, a county manager in the 1960 Kennedy campaign and director of evaluation (a kind of internal auditor) for the Peace Corps, greatly enriched his perspective as a journalist.

"It helped me an awful lot," he said, adding that he had urged his protégés to get experience in government and politics, "and I hate these people who tell them not to, because it is so valuable to get a confident measuring rod for smelling out the truth and for having a sense of where the bodies are really buried."

Mr. Peters said that "the damnedest thing I have to confess is how involved I must have gotten emotionally" in Willkie's story. He told of tearing up at a recent public reading at the Politics & Prose bookstore here in the presence of old friends and colleagues.

"It was embarrassing, I tell you, because I did it twice, and you know that begins to make your friends think 'Charlie needs a little help here, maybe a white coat,' " he said as he retrieved the book and read aloud the mist-inducing passage. "Willkie is talking about writing his own epitaph and says, 'If I could choose between 'Here lies an unimportant president,' and 'Here lies one who contributed to saving freedom at a moment of great peril,' I would prefer the latter.' "

Mr. Peters finished, and looked up with a crooked smile. His eyes were filled.

This story has been posted in the following forums: : Headlines; Figures; Staff; Journalism; History