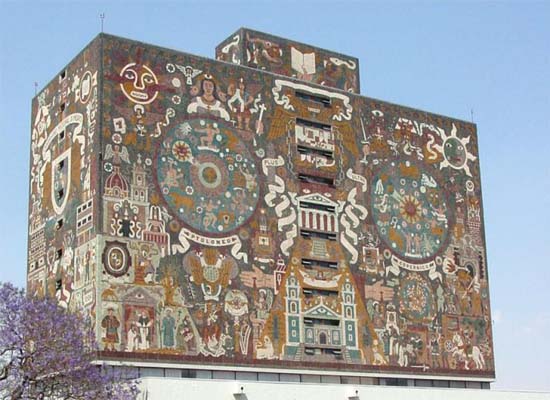 Mazzenga-Avellaneda is the executive director of Corazón, a Laguna Hills-based nonprofit organization that has worked here for decades to slow the cycle of poverty. Poverty rolls on, but Corazón and other like-minded groups are making some inroads.

The Morning Read: A passion to help
Corazón volunteers offer their time and energy to build houses for Tijuana families in need

PEDREGAL, MEXICO – Maria Mazzenga-Avellaneda maneuvered the Chevy Blazer, which had roared to life with a prayer and much determination, around the bumpy dirt roads in the hills surrounding Tijuana. Thump. Clunk. Kadunk.

She's driven these roads that link communities dozens of times. She passes scrawny dogs gingerly crossing dirt streets lined by walls covered with graffiti, trash strewn alongside the unpaved road. And she sweats in the heat.

There's no running water, sewage system or electricity here, except for residents who have tapped into the highway lighting for power.

Mazzenga-Avellaneda is the executive director of Corazón, a Laguna Hills-based nonprofit organization that has worked here for decades to slow the cycle of poverty. Poverty rolls on, but Corazón and other like-minded groups are making some inroads.

"Do you need anything?" Mazzenga-Avellaneda yelled out the window on a Saturday late last month, hailing a volunteer supervising children at a soccer game. On another run in the Chevy, she smiled and waved at neighborhood women, then pulled up alongside a flatbed truck to talk with the driver, a local volunteer who delivers construction materials to houses that the grouphelps build.

Later, she stopped to pick up extra rice and beans to feed some 60 volunteers from a Southern California church who came to build one such home – in a day – for a family in Pedregal, one of dozens of ramshackle hamlets that surround Baja California's fast-growing metropolis.

Because she knows these roads well, Mazzenga-Avellaneda avoided the worst bumps. She got to where she was going, displaying the determination and will needed for community building anywhere, but especially here, where life is a daily struggle.

Corazón, which means "heart" in Spanish, started by serving beans and rice to hungry families in 1975. That effort blossomed into repairing homes and meeting other basic needs.

Today, Corazón provides tools for needy families to fend for themselves. Hundreds of Orange County volunteers have dedicated time and energy. Churches and nonprofit and civic organizations have come to build homes from all across the United States.

Wearing paint-splattered denim shorts and flip flops, Mazzenga- Avellaneda rallied volunteers in a parking lot for the day's home- building in Pedregal. Her left foot was bandaged because she had rolled it in a soccer game, a sport she loves.

She introduced herself to the bleary-eyed volunteers from the New Life Christian Church in La Cañada Flintridge, who milled around.

"It's not just about the house, it's about the community," Mazzenga-Avellaneda told them.

She was joined by Corazón board president Terry Mackprang of Huntington Beach, who runs a general contracting firm that does up to $6 million in business in Southern California. He teaches a construction class on weekends in Tijuana.

"The least important thing you are going to do today is build a house," he tells the volunteers. "What we want you to understand is that these are remarkable people, separated by that scar of a border. Let them get to know you. Play soccer with them. Throw stones at the dogs."

Mazzenga-Avellaneda, who earned a bachelor's degree in quantitative business analysis from Pennsylvania State University in 1989, can't quite pinpoint why her priorities shifted to nonprofit work.

Or why she jettisoned a budding career and a $50,000 salary as an oil company computer programmer and operations supervisor to make half as much as a youth corrections officer in Phoenix.

"I had money but I wasn't satisfied," said Mazzenga-Avellaneda. "How can you be passionate about gas and oil? It might be somebody, but it wasn't me."

In 1998, she joined the Peace Corps and went to Costa Rica.

At Corazón for more than two years, she supervises construction, meets with community groups, raises contributions from corporations and pitches internship opportunities at colleges, holding the program together with the help of a part-time worker in Laguna Hills. Corazón has a $580,000 annual budget.

In the Chula Vista parking lot, less than a 30-minute drive from the border, Mazzenga-Avellaneda's voice crackled over a walkie-talkie.

"Let's go," she told volunteers as she brought up the rear of the 20-some car caravan ready to cross the border.

This story has been posted in the following forums: : Headlines; COS - Costa Rica; Hispanic Issues; Service; Housing