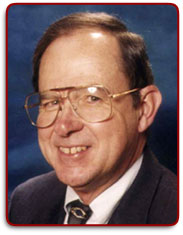 Brill taught English and African literature as a Peace Corps volunteer in Sokoto, northern Nigeria, and previously taught at the universities of Florida, Illinois, North Carolina, South Carolina and Tennessee.

FAYETTEVILLE -- Howard Brill will serve as interim dean of the University of Arkansas School of Law, officials announced Tuesday.

Provost Bob Smith said he hopes a permanent dean will start next summer. Brill said he won't be a candidate for the job.

Brill joined the UA faculty in 1975, the same year as Atkinson, and has served for 11 years as Arkansas' faculty representative to the Southeastern Conference and NCAA.

"I want to continue the progress Richard Atkinson had started on the building expansion and creating a sense of community within the law school," Brill said.

Atkinson, a charismatic community leader and popular professor, became the 10th dean of the law school Jan. 6, 2003. He spearheaded a $12 million, 50,000-square-foot addition to the law school building that will include new library space, technology, four classrooms and a new courtroom.

"We don't have any concerns about slowing down the momentum," Brill said.

The university will complete plans later this week for a memorial service for Atkinson next month. Brill said the law school will honor Atkinson throughout the school year.

"In our own individual way, we are adjusting to that," Brill said of Atkinson's death. "There's a sense of new beginning at any school year. There are 150 new students who are excited and eager to get going."

"The chancellor and I had informally discussed potential candidates; and, when his name came over, we were delighted by the faculty's choice," Smith said.

Brill teaches professional responsibility, remedies and civil procedure. He recently was promoted to university professor and has published two books on Arkansas law and ethics.

He taught English and African literature as a Peace Corps volunteer in Sokoto, northern Nigeria, and previously taught at the universities of Florida, Illinois, North Carolina, South Carolina and Tennessee.

This story has been posted in the following forums: : Headlines; COS - Nigeria; University Administration