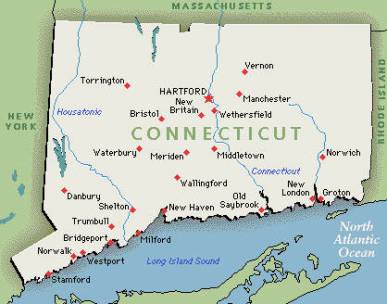 Teacher adopts a culture as a profession

DURHAM -- Marilyn Horn became enamored with Spanish and Hispanic cultures and turned it into her profession.

Horn, a local resident, is in her 21st year of teaching all levels of Spanish at Coginchaug Regional High School. This year she was chosen as the Regional School District 13 teacher of the year, and was a semifinalist -- among the top 14 -- in the statewide teacher of the year competition.

Advertisement
"I was truly surprised," Horn said adding school administrators kept it secret until the first day of school. Within the school district, the teacher is chosen by an administrative council. It is nice to get a pat on the back and be recognized, she added.

"I was certainly humbled and happy," Horn said about the honor. "I take my job seriously. I really love my job. I love working with kids."

Prior to Coginchaug, Horn taught for eight years in North Haven and began her career with a year in Weston.

Horn grew up in Nebraska and graduated as a sociology major. She went to South America on a YWCA work project which "opened her eyes" to wanting to learn more about the developing cultures rather than sitting in a classroom.

"I’m a convert to Hispanic culture," she said.

Horn decided to join in the Peace Corps before attending graduate school.

"I went to Peru and had fallen in love," she said about the culture. "I never studied Spanish in high school."

Horn learned Spanish while staying in the mountainous region of Peru. "It made me understand how important education was."

Education was a way to prevent some problems.

Horn went to graduateschool at Wesleyan University and studied Spanish.

"That’s how I landed in Connecticut," she said.

Horn took a short break from teaching in her mid 30s to raise her two children.

The Horns moved to Durham in 1973, and both of her children went through the school district. Horn said she even taught her own children in school.

Her son Jason graduated from Coginchaug in 1996, and he is a third-grade teacher in Ashford. Horn’s daughter Ashley is a senior at Vassar College majoring in Hispanic Studies.

Horn served as the school’s yearbook adviser on "The Inferno" for 10 years.

She also formed the Spanish Honor Society and has been adviser for the club for five years. Horn, along with other chaperones, takes students on trips to Mexico and Spain to give them a chance to relate to people within the cultures.

Horn stays in touch with the cultures by traveling and staying in Mexico for a period, including in the summer.

"I make myself travel, and I love to read," she said. "I read Spanish (novels) all the time. It’s the best way to keep it up."

When she first started teaching she did not want to live in the same town as she taught, but having been in town for three decades it does not faze her.

"It’s been a wonderful experience for me," Horn said. "It’s a positive, not a negative, to see students out of school. It’s fun -- it extends my job even further out of school."

This story has been posted in the following forums: : Headlines; COS - Peru; Secondary Education; Hispanic Issues