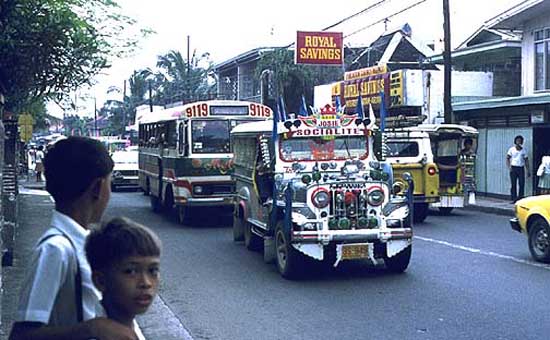 I couldn’t resist toying with the idea of what a newspaper article might look like if – indeed - there were readers somewhere in the world – present company excluded – who actually care about what I am doing, feeling and seeing.

My friend Kehl, who is constantly encouraging people to subscribe to his life philosophy of “just chill,” gave me an idea last week. Upon hearing that I was having a difficult time, he suggested that I “just do what I have to do.” He joked that I should write fake articles or something. But as a recovering journalist who is morbidly entertained with daydreams of what my obituary might say one day, who would be quoted, what photo would be used and on what page of the newspaper it would run, I couldn’t resist toying with the idea of what a newspaper article might look like if – indeed - there were readers somewhere in the world – present company excluded – who actually care about what I am doing, feeling and seeing. This is what I came up with and I posted some accompanying photos.

After a chaotic week of uncertainty, Peace Corps volunteer Mary Owen has discovered the therapeutic and addictive nature of the ocean. She declared Friday that she intends to stay in the Philippines and apologizes for her momentary lapse into insanity.

“I tried to act normal, but I really should have just embraced my homesickness and dealt with it,’’ she said as she sat in her second-story, hot-as-hell, bug-infested, ocean-overlooking bedroom in the barangay of Masaguitsit in Lobo, Batangas. "I am 50 meters from the ocean now. I need to shut the hell up."

In an attempt to cheer her up, Patty – a volunteer two hours away – visited Owen last weekend. They explored the many, many beaches of Lobo and the historic Malibrigo Lighthouse. After which they descended 102 stairs and discovered a beautiful remote beach. The spot was so isolated that a family of four and a handful of fishermen were the only people they encountered during the couple hours that they were there. There are a couple quaint huts near thEse remote beaches where many of Owen’s friends assuredly will stay if they intend to visit.

Owen returned to Lobo after hysterically packing up all her belongings and deciding to go back to Detroit - her beloved, soulful hometown. She returned to Lobo a week later with a newfound appreciation of her opportunity and realization that she has nothing to return to.

"Trust me, this place is much more romantic in your mind than in reality," said friend Nancy Youssef via email of Detroit. "You are too good for this place. You belong in a jeepney, heading to people who are so lucky to have you."

But Owen made some changes when she returned. She doesn’t do anything she doesn’t want to do. If she doesn’t want to go to the funeral of someone she doesn’t know or doesn’t want to have the 6 yo neighborhood boy show her around town, she simply says she has PC work to attend to. She doesn’t go to school earlier than required. She has stopped worrying about whether her clothes are appropriate for school; since teachers wear uniforms she sticks out anyways. She doesn’t eat the food that is prepared for her if she doesn’t want. She went grocery shopping and makes – gasp! – salad for herself as the Filipinos hover over her in curiousity and amazement of her rabbit-like eating habits and feel no shame about discussing her weird culinary creations with the rest of the neighborhood.

Owen has become the newest topic of chikka-chikka, which is a Filipino term for their favorite pastime. It’s not quite gossip, it’s just talk about what’s going on. And in this small little fishing town, there isn’t much going on and so Owen has helped jazz things up.

Owen starts her day at about 5 a.m. when the sari-sari store, sort of like a New York City bodega, in her host family’s house opens for business. The sun has already come up and the man selling fresh bread is already on the street honking his horn. This is when Owen puts on her eye mask and puts in her ear plugs. An hour and 15 minutes later, she gets up to bath and get ready for school. She eats oatmeal, yogurt, bread or mangoes for breakfast and smilingly tells Tita Corrine, a tiny but feisty old woman, that she doesn’t not want to eat rice for breakfast. For two months during training, Owen ate rice and some sort of fried meat or eggs for breakfast and only minimally complained.

It’s a 5 minute walk to the high school, which does not include the 71 stairs that are the only path to the school on a hill. Just before 7 a.m., students are dutifully sweeping and cleaning the school grounds – a scene that would NEVER happen in the United States. As she walks by, students whirl around and greet her with “Good morning ma’am” almost one after the other and sometimes in unison. She says good morning back to the first couple students, but somewhere around the 50th step, when it starts to get wide and the concrete is broken, she just smiles back. Other teachers, all wearing the same color uniform dictated by the day of the week, greet her and then ask her about how she slept, what she had for breakfast and who she will be observing today.

At 7 a.m., the 1,300-plus students line up and they do a prayer and sing the national anthem, region anthem and a couple other things. Classes start at 7:30 a.m., but since there is no bell or even two clocks on campus that read the same time, this is a flexible schedule.

Owen has done a lot of observing, mostly of the English classes. She says it’s difficult to give them the immediate assessment that they want mostly because she is not familiar with curriculum and Filipino students learn so differently than American students. One big difference is that not all students have textbooks. Secondly, classes range in size from 45 to 60. She taught two basic journalism classes to two senior classes and then did a writing activity. Then she taught a class after the teacher she was observing got very sick after lunch.

The kids, and even a handful of teachers, are really shy about speaking English around her fearing that they would make a mistake. But most teachers have embraced Owen. The mostly female staff is very lively and friendly. Owen has cliqued with two young teachers whose husbands work overseas. There are just not any jobs in the Philippines so this is a very common phenomenon. They really understand being homesick and how sad it is to be way from people you love. They said their husbands went through the same thing as me and they appreciate the sacrifice that I am making.

“If there were every a group of people who understood homesickness, they are it,’’ Owen said.