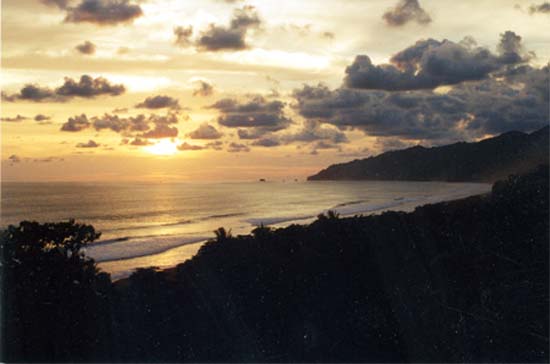 Yenly Thach’s parents met in a refugee camp in Thailand. Her father escaped from the communists in South Vietnam, a civilian who had to cut off his left arm to survive. Her mother escaped from the Khmer Rouge in Cambodia, traumatized by the experience. Their first child, born in the refugee camp, was small and sickly. Today, Thach is 21, a recent graduate of UC Santa Cruz and off to Costa Rica, fulfilling her dream of joining the Peace Corps. "I’ve been wanting to do this forever," said Thach, who never forgot the Peace Corps volunteers who helped families at the refugee camp.

SANTA CRUZ — Thach, who has shoulder-length dark hair, looks Hawaiian and is the oldest of four children. She holds dual citizenship in Thailand and the United States.

It would have been easy to say life put too many obstacles in front of her.

She struggled with English.

She felt she didn’t fit in.

She thought her family could not afford to send her to college.

She was lucky to find a mentor in seventh grade, a teacher who treated her like a daughter. But she also drew on her own inner strength.

"She never gave up — that’s what makes her different," said Kelli Wise, 42, who drove Thach’s family seven hours from their home in Lake Elsinore to Santa Cruz so they could watch her graduate.

Thach, who earned honors in her major, said she takes after her father.

"Determination is my middle name," she said.

"When I first came to America, I was tripping out on the toilet and showers," she said.

She was 7½ when Christian sponsors in Chattanooga, Tenn., helped her family make the journey.

Her mother had little more than a third-grade education. Her father did not have a chance to finish high school. They impressed on her the importance of education.

After five months in Tennessee, her father moved the family to California, looking for warmer weather.

Thach felt out of place because of her mixed heritage, but she was determined to learn English.

She stayed after school to get extra help from Wise, her math teacher.

"She believed in me," Thach said.

The teacher got her involved in the student council and suggested she think about college when her ambitions consisted of playing soccer and becoming a model.

"I never sought her out," Wise recalled. "She kept coming back. She was fighting for what she wanted."

Creating a future
Thach took Advanced Placement courses her junior year to prepare for college, then applied for financial aid.

"I love the beach and I love nature," she said. "And UCSC offered me a full ride."

She knew her goal was to help people, but choosing a major was difficult.

She tried psychology but found it depressing. Languages seemed like a natural because she knew Cambodian, Spanish and "a little Vietnamese," but she wanted to finish her degree in four years, not five.

Community studies, with the opportunity for internships, proved to be a perfect fit for her interest in immigration and social justice.

She asked the Peace Corps for an assignment in Asia or a Spanish-speaking country, so when she learned her destination would be Costa Rica, she was delighted.

Two years ago, she worked three jobs to earn money for a trip to Mexico to practice her Spanish. She wanted to go to Costa Rica, which has tropical rainforests like Thailand, but things didn’t work out.

She will leave for Costa Rica July 13. Her mission will involve working with young people.

"I know it’s going to be a challenge, but I’m excited to have the opportunity," she said. "It’s all about giving back."

This story has been posted in the following forums: : Headlines; COS - Costa Rica; Asian American Issues; Minority Volunteers