“Peace Corps: More Vital Than Ever” Symposium at Augustana College 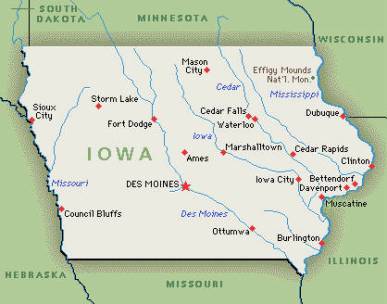 The Katrina initiative will involve the Peace Corps’ Crisis Corps, which during times of emergency sends returned volunteers to the foreign countries in which they served. But with Katrina, the Federal Emergency Management Agency asked the Peace Corps to assist here at home. The effort is small – probably only 200 returned Peace Corps volunteers, according to Charles Brooks, associate director of volunteer recruitment and selection for the Peace Corps. But it reflects the reality that after more than 40 years, the Peace Corps needs to boost awareness of itself.

“Peace Corps: More Vital Than Ever” Symposium at Augustana College

Can the Peace Corps Look Like America?
“Peace Corps: More Vital Than Ever” Symposium, September 23 and 24 at Augustana College
Story by Jeff Ignatius

The Katrina initiative will involve the Peace Corps’ Crisis Corps, which during times of emergency sends returned volunteers to the foreign countries in which they served. But with Katrina, the Federal Emergency Management Agency asked the Peace Corps to assist here at home.

The effort is small – probably only 200 returned Peace Corps volunteers, according to Charles Brooks, associate director of volunteer recruitment and selection for the Peace Corps. But it reflects the reality that after more than 40 years, the Peace Corps needs to boost awareness of itself.

That’s a big part of the impetus for a symposium this weekend at Augustana College. “Peace Corps: More Vital Than Ever” is a first-of-its-kind event designed to appeal not only to college students but the community as a whole. It kicks off at 8 p.m. on Friday, September 23, with a keynote address by Jerry W. Leach, president of the National World Affairs Councils of America, and continues Saturday. The keynote Saturday will be given at 9 a.m. by Henry McKoy, the Peace Corps’ regional director for Africa, who will be talking about AIDS and sustainable development.

“In a sense, this is a pilot project,” said James Winship, Freistat Professor for Studies in World Peace at Augustana College and one of the organizers of the symposium.

Four years ago, the college’s Freistat Center started an international-opportunities fair, and two years ago, it invited the Peace Corps. It turned out that Brooks, who heads Peace Corps recruiting efforts, is a Quad Cities native, and he suggested the symposium. “There’s a certain serendipity,” Winship said.

Brooks’ father was in the Navy, and he himself spent 30 years in that branch of the military. At the end of his career, he was involved in recruiting “at the more senior level,” he said. When he retired, he went into corporate recruiting, and three years ago, he began work at the Peace Corps.

“The art and science of recruiting are pretty much the same,” Brooks said. Plus, he added, “I’ve always admired what the Peace Corps stood for.”

The Peace Corps has three goals: to work within the structures of the host countries to provide assistance and expertise; to expose the rest of the world to American culture; and to help Americans learn about other cultures.

John F. Kennedy, then a U.S. senator and presidential candidate, proposed the Peace Corps in October 1960 – nearly 45 years ago. The program was launched on March 1, 1961, and at its peak (in the mid-’60s) had 15,000 volunteers. Since its inception, 174,000 volunteers have participated in Peace Corps in 136 different countries, Brooks said.

The challenge now isn’t so much numbers as it is changing the composition of the Peace Corps. A key goal, Brooks said, is to “attempt to make the Peace Corps very much like the demographics of the U.S.,” he said.

Right now, roughly 85 percent of volunteers are in their late 20s. Furthermore, only 16 percent are racial minorities (compared to 20 percent nationwide), only 6 percent are 50 or older, and 58 percent are female.

One obvious target for the Peace Corps is older volunteers – empty-nesters and younger retirees. As Brooks is quick to point out, the oldest current Peace Corps volunteer is 82. Two years ago, he added, the Peace Corps began recruiting in earnest at community colleges – where the student bodies are more likely to have greater age and ethnic diversity.

The Peace Corps gets roughly 12,000 applications a year and accepts about 4,000 volunteers annually. Volunteers make a 27-month commitment to the program, including three months of intensive education in the field. “We require that our volunteers be completely immersed in the culture,” Brooks said.

Presently, volunteers are working in 72 countries in six different areas: agriculture, environmental science, education, health education, business, and community development. Brooks said that over the years, the Peace Corps has become much more than planting trees and digging wells. “We’ve become much more demanding when it comes to technology,” he said. “Many of our countries are asking for much more technical volunteers.”

It’s been increasingly difficult for the Peace Corps, an independent agency that reports directly to the president, to get the word out about itself. “We do not have paid advertising,” Brooks said. “We’ve just never been funded at the level to be able to do that.”

The Peace Corps used to be the beneficiary of lots of public-service announcements (PSAs), added Scot Roskelley, a spokesperson for the program: “The Peace Corps had a lot of free TV time.” But public-service requirements for broadcasters have gotten more lax, and there are a lot of not-for-profit agencies competing for those PSA slots. So there are now several generations that haven’t grown up with the Peace Corps’ classic slogan: “The toughest job you’ll ever love.”

“Peace Corps: More Vital Than Ever” runs Friday and Saturday at Augustana College. Friday’s keynote address, at 8 p.m. in Wallenberg Hall, is free and open to the public. Saturday’s events include a $10 fee. For more information, call the Freistat Center for Studies in World Peace at (309)794-7200.