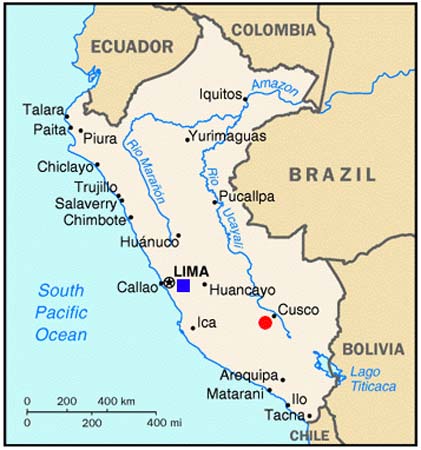 Here is my story about Tarapoto:

My job in the Peace Corps was to audit credit unions all
over Peru. I was one of four volunteers who worked for a
Peruvian government agency that sent us out on some amazing
trips. In the middle of 1965, my Peruvian boss sent me to
Tarapoto, a jungle town in Peru’s interior. I met a lot of
interesting people and here is just one example.

In the evenings everyone hung out at the central plaza. One
evening a Peruvian named Hugo approached and asked me for
the time of day. He spoke good English and he said that he
had twelve years experience working as a bilingual
accountant for the American Petroleum Company.

I learned that he was from Callao, the port city of Lima.
He had come to Tarapoto to visit his 92 year old
grandmother. And he also wanted to establish a
transportation company in Tarapoto. He wanted to buy and
bring in four new Suzuki trucks that would haul goods from
Yurimaguas to Tarapoto.

Hugo invited me to come along and meet his grandmother. She
was very spry and talkative for her age. He told me that
his grandmother was the “first lady” of Tarapoto. She was
the wife of a local hero, a military man who was killed in
the 1911 Battle of Cachita. She had been collecting a good
government pension and Hugo wanted to borrow money from her
to start his trucking business.

Hugo finally mentioned that he had already been in the
trucking business on the coast. He had owned three
International Trucks that had crashed and he had gone broke
because he had no insurance.

Hugo then asked me if I wanted to go to a party that night.
He said that the girls were very friendly and I said OK. We
set out for the party that night, using a flashlight, since
there was no electricity in the outlying barrios. We met
two friends of Hugo along the way. We stopped at a bar for
some drinks and then bought some bottles to take along to
the party.

The party was packed with people. Inside, people were
dancing to the beat of the local orquestra or band.
Outside, people were standing around drinking, watching and
enjoying themselves. In a back room, people were passing
around large bottles of beer, emptying their glass with one
gulp, and yelling “salud”.

The highlight of this party was the selection of the “Queen
of Spring”. Throughout the evening girls had been selling
votes for themselves. Large sums of money were collected
and fierce competition raged among the sponsors of the
various candidates. Throughout this performance, Hugo stood
grinning, with his arm around his favorite candidate. He
had totally forgotten about all his grandiose plans for a
new trucking business.