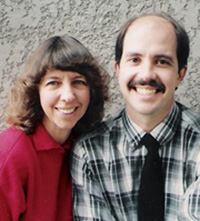 HALIFAX – Parishioners at a Halifax-area church are mourning two baptist missionaries who were killed working in South America.

The bodies of Richard Hicks, 42, and wife Charlene Hicks, 58, were found at their rented farm in Guyana on March 30. He was burned, while she was bludgeoned to death.

The couple's missionary work in the country was sponsored by several churches in Nova Scotia, including Faith Baptist Church in Lunenburg and Lake Echo Baptist Church.

Pastor Frank Kohler had to tell his parishioners Sunday about the murders. "Shock and disbelief at first," he said of their reaction. "Some people just cried."

Richard's father was once the pastor of the Lake Echo church, and Kohler says the congregation was eager to support the young man on his mission.

The Hicks were translating the Bible into Wapishana, the local language. The couple returned to the church every year to talk about the project and the Guyanese people they had worked with since 1994.

"They always talked about how friendly things were down there," said parishioner Garnet Osbourne, one of Richard's friends.

"As far as our faith goes, we know where they are. But there was a certain amount of anger at the fact that some evil person had come into their house and done this."

Autopsies will be performed this week, as the investigation into the murders continues. But it appears Richard and Charlene may have been killed during a robbery attempt.

"The indication that we have from the authorities [in Guyana] is this was likely motivated by a robbery," said Ruth Hubbard, with Wycliffe Bible Translators, the Florida-based agency that hired the Hicks.

"We haven't been told of any arrests," Hubbard added.

Since Charlene was American and Richard had dual citizenship, U.S. authorities are involved in the investigation. A spokesperson for Foreign Affairs Canada, Julia Gualtieri, says Canadian officials will "continue to follow up."

The Hicks will be buried in the country where they had planned to live until they translated the entire Bible, a decision that comes as no surprise to Garnet Osbourne.

"Richie and Char looked at it as until every peoples in the world had their own translation, their own understanding of the Bible, God's work just wasn't done," he said.

Osbourne says his friend will be remembered for his sense of humour, laugh, and devotion to his wife.

Richard Hicks was born in South Africa, worked in Nova Scotia for awhile, and studied in Saskatchewan. He married Charlene in 1992. They had no children.

There will be a memorial for him in Whitby, Ont., and one for her in Minnesota.

This story has been posted in the following forums: : Headlines; COS - Guyana; Safety and Security of Volunteers