Who is Ronald A. Tschetter? 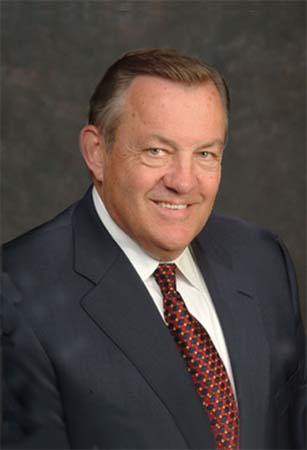 President Bush has nominated Ron Tschetter to serve as Director of the Peace Corps. Tschetter is the president of D.A. Davidson & Co., an employee-owned investment firm based in Montana. Tschetter, 64, first got involved with the Peace Corps in 1966, when he volunteered with his wife to work as family planning advisers in India. He is a former Chairman of the National Peace Corps Association.

PCOL Comment: Congratulations to the Bush administration for an inspired choice for Peace Corps Director. Ron Tschetter is not only an RPCV but was Chairman of the NPCA. Best wishes to Mr. Tschetter on his future tenure as Director of the Peace Corps.

Who is Ronald A. Tschetter?

Ronald A. Tschetter is President of D.A. Davidson & Co., the full-service investment firm that’s the largest company within Davidson Companies.

Previously, he served as President of the Private Client Group for Dain Rauscher (now RBC Dain Rauscher), a position he held for 10 years until his retirement in 2001. Mr. Tschetter began his career in 1970 with Blyth Eastman Dillon Union Securities and joined Dain Rauscher in 1973. He holds a bachelor’s degree in psychology and social studies from Bethel College in St. Paul.

He has served on the Securities Industry Association Sales and Marketing Committee and on the New York Stock Exchange Regional Firms Advisory Committee.

He also is a former Chairman of the National Peace Corps Association.

This story has been posted in the following forums: : Headlines; Directors - Tschetter