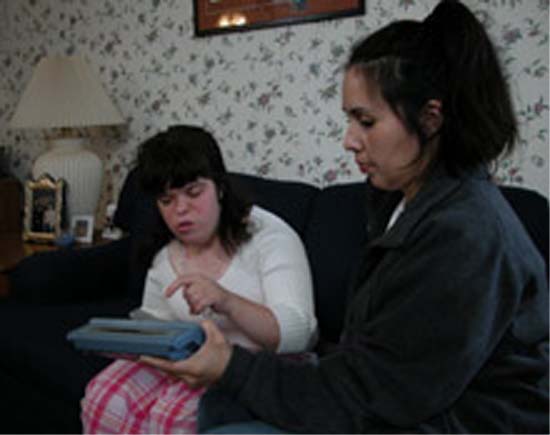 Douglas Biklen, professor of cultural foundations of education, disability studies and teaching and leadership in Syracuse University’s School of Education, is a nationally-known researcher whose studies of autism have advanced the controversial technique known as facilitated communication. Now, he has taken this work to the silver screen as co-producer of “Autism Is A World,” a documentary produced and directed by Oscar-winner Gerardine Wurzburg.

“Autism Is A World” is an inside look at autism through the eyes of 26-year-old Sue Rubin—writer of the screenplay—who negotiates the challenges of autism and a false childhood diagnosis of retardation to become a highly intelligent college junior, a tireless disabled-rights activist and an articulate guide to a complex disorder. The film will be screened in several cities across the Northeast; the following screenings are open to the public:

The film will also be screened in January in New York City as part of the filmmakers’ effort to secure an Academy Award nomination.

“Autism Is A World” is narrated by actress Julianna Margulies. It offers an insiders’ look at Rubin’s mind, her daily life and her lifelong struggles with autism—and how, with a means to communicate, she can tell her story. It shows her relaxing and unwinding, and approaching the challenges of living on her own.

“There’s no documentary that’s ever been made to my knowledge in which a person with autism whose speech is severely impaired writes the story, tells the story and gives this insider account of autism,” says Biklen. “Sue Rubin’s accomplishment is absolutely distinctive.” According to Biklen, the movie is a cinema verité account of a week of Rubin’s life. He says, “We followed her around for a week and said we want to look at typical experiences she has in a week … it ended up being more than that. So we get to see her narrating her own life, and she’s captivating.”

Biklen and Wurzburg have collaborated previously, with Biklen serving as Wurzburg’s education advisor on the Oscar-winning documentary “Educating Peter” and on “Regular Lives,” which won a blue ribbon from the American Film Institute.

Wurzburg credits Biklen’s leadership in making the idea for “Autism Is A World” into a reality. “Doug and I wanted to do this film 10 or 12 years ago,” she says. “Doug has been busy bringing the notion of facilitated communication to this country, and it represents a community trying to bring change.” With “Autism Is A World,” says Wurzburg, “we are manipulating reality, as an art form does, but we are doing so honestly in order to take the audience on a journey they otherwise wouldn’t get.”

After the theater screenings, “Autism Is A World” will air in early 2005 on “CNN Presents.” For more information on the screenings, contact State of the Art, Inc.’s Elissa Ewalt at eewalt@stateart.com or by calling (202) 537-0818.

This story has been posted in the following forums: : Headlines; COS - Sierra Leone; Hollywood; Documentaries; Movies; Autism