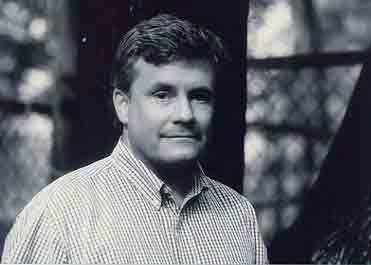 For all its sadness, this remains a book well worth reading. It will make you grateful for all that you forget that you have. It also helps to make all of us mindful that, even in this day of CNN, many people still exist - or perhaps persist is a better word - in states and places far beyond our ken. Jeffrey Tayler served as a Peace Corps Volunteer in Morocco. He has published numerous articles in Atlantic Monthly, Spin, Harper's and Condé Nast Traveler and is a regular commentator on NPR's "All Things Considered.

I don't now remember exactly what got me started, but there was a time when all I wanted to read were true-adventure travel tales. And I do mean adventure. No mere crumbling Tuscan villas or sleepy Bretagne fishing villages for me - I craved instead tales of hitchhiking the Sahara or hacking through the jungle of Borneo.

It was at this time that I discovered Jeffrey Tayler. I picked up "Facing the Congo," the true story of Tayler's attempt to paddle down the Congo River in a canoe, and ingested it in one fascinated gulp. The expedition he undertook was hazardous (make that ridiculous) beyond belief, and his tale was dark. But the narrative was lucid, compelling, harrowing, and utterly unforgettable.

So I was immediately intrigued when I learned Tayler had written River of No Reprieve describing a trip he took down Siberia's Lena River in a 17-by-5-foot inflatable raft. It sounded every bit as willfully foolhardy as his Congo expedition, but then again, this is a man who insists that, "The only way to learn the value of life is to risk it."

But don't mistake Tayler for a mere thrill-seeking dilettante. Although US-born and educated - and drawn to write about some of the world's more dangerous corners - Russia is the country to which he has most firmly given his heart. Married to a Russian, he is also the Moscow correspondent for the Atlantic Monthly.

In fact, his first book, "Siberian Dawn," was about a trip to Siberia that haunts him yet. Enchanted by the region's stillness and pristine beauty - not to mention the hidden mineral wealth that makes it too valuable for Russia ever to renounce - Tayler decided to return, this time accompanied by Vadim, a burly Afghan war veteran and guide.

The two meet for the first time in Ust-Kut, at Siberia's western edge, in mid-June, hoping to take advantage of Siberia's brief summer and camp on the shores of the Lena each night. Almost immediately it becomes apparent that Vadim has all the skills that will make him an excellent wilderness guide, but absolutely none of the grace required for a pleasant companionship. Ever eager to prove superiority to his Western partner, Vadim's idea of conversation is to bark, "Don't you know that? Everyone does."

Understandably, Tayler dives into every remote village outpost they encounter along the river (and there aren't all that many in the course of the 2,200-mile trip) in search of other human beings.

That's lucky for us. For while there is definitely majesty in Tayler's descriptions of the Siberian landscape ("summery fields, fat bees climbing lazily over flowers ... sleepy huskies at my feet" early in the voyage, and then, closer to the Arctic Circle, "dwarf pines and mini-larches scarcely taller than a man and spaced out over rumpled mats of yellow-green lichen and patches of slatey earth"), the real interest in this book is in its people.

Tayler queries all he meets about life in post-Soviet Siberia. He gets the same answers over and again: Things are worse. We have been forgotten. There is no work, there is no government, there is no life. There is no reason to stay.

And yet stay many of them do - battered by the twin evils of alcoholism and poverty - and as they chat with Tayler we catch glimpses of the odd mix of resilience and despair that shape their distant world.

The Siberia Tayler encounters is a world of tragically overlooked beauty. Garbage strews the streets of tiny hamlets once blessed with at least a touch of storybook charm. Stunningly beautiful women ride the buses and staff the shops, seemingly unnoticed by anyone but Tayler.

Everywhere Tayler discovers cheer and despair in casual coexistence. A handsome high school boy and his proud grandparents celebrate his graduation even as they unquestioningly accept the lack of future. Strangely good-natured prisoners labor under a faded 30-foot portrait of Lenin.

People and things turn up where they are least expected. A disco abuts a pen of grunting hogs. A tidy village of cheerful ethnic German exiles thrives next to a dreary Soviet-style collective. In a tiny outpost north of the Arctic Circle, a diminutive scholar speaks with gentle resignation of the lost lore and skill of her people.

Yet all of these encounters are frustratingly short - Tayler is always about to set off either the next day or within a few hours. (For readers intrigued by contemporary Siberia and left hungry for more I would suggest the excellent "In Siberia" by Colin Thubron.)

"River of No Reprieve" did not grip me as did "Facing the Congo." The stakes are not as high, and Tayler himself seems so disheartened by his surroundings.

But his power to create indelible images persists nonetheless. It will be a long time before I forget the "Brothers Grimm landscape of nightmares and lost childhood ... dying villages ... lost in high grass, their windows smashed, the children's swings in yards rusted" that he describes.

For all its sadness, this remains a book well worth reading. It will make you grateful for all that you forget that you have. It also helps to make all of us mindful that, even in this day of CNN, many people still exist - or perhaps persist is a better word - in states and places far beyond our ken.

This story has been posted in the following forums: : Headlines; Figures; COS - Morocco; Writing - Morocco; COS - Russia