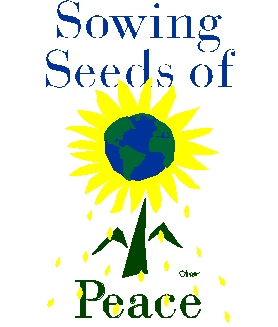 Wilson is the longtime director of the Seeds of Peace summer camp in Otisfield. He's about to retire after more than a dozen years of preparing kids from the world's most explosive conflict zones to find paths to peace that have eluded their parents and even more distant forebears.

Honoring one Maine man for his peacemaking role

If peace ever does break out in the Middle East sometime -- regardless of how hopeless it now looks -- history probably won't credit Tim Wilson with playing an important role in it.

Wilson is the longtime director of the Seeds of Peace summer camp in Otisfield. He's about to retire after more than a dozen years of preparing kids from the world's most explosive conflict zones to find paths to peace that have eluded their parents and even more distant forebears.

Maine has a lot of summer camps, of course, but Seeds of Peace is unique. It's the only one to bring together youngsters from the world's hotspots, many of whom begin the vacation experience viewing fellow campers as "enemies." Wilson and his staff work hard to see to it that such attitudes are quickly and productively dissolved.

The brainchild of the late John Wallach, longtime foreign editor of the Hearst Newspapers, Seeds of Peace was established on Pleasant Lake in 1993 after the first bombing of the World Trade Center.

Following Wallach's death from cancer four years ago, the journalist's son wrote an account of how the peace camp idea was launched, almost spontaneously, during a diplomatic reception attended by his father.

"In the middle of a cocktail party, he had chimed his glass, stopped the chatter and publicly asked the Israeli, Egyptian and Palestinian ambassadors if they would send him 20 kids each to meet the other side," wrote Michael Wallach. "Embarrassed in front of the crowd ... they one by one said yes. He didn't want them to even consider taking it back, so he wrote a story in the newspapers about it the next day."

Since then, the program has brought together hundreds of teen-agers from world trouble spots ranging from Northern Ireland and Bosnia to Afghanistan, where they spend three weeks in a rural Maine setting, trying to overcome traditions of hatred and to find their shared humanity.

They do everything other summer campers do -- swim, hike, sing songs around a campfire -- with one special difference. They talk to each other, sometimes heatedly, about their cultural differences. And slowly they develop respect for each other and optimism about bridging their cultural divisions when they return home.

Wilson has been there from the outset, converting nominal enemies into genuine friends and sending them back to their countries ready for planting as seeds of peace to flower sometime in the future.

It's a small thing, really, in a world filled with terror, violence and a history of incessant revenge. But that's what seeds are, of course, tiny things with enormous growth potential.

A native of Pennsylvania, he served as a Peace Corps volunteer before coming to Maine in the mid-1960s as a history teacher and popular football coach at Dexter High School and later the University of Maine.

He was drafted by former Gov. Ken Curtis to serve in a variety of posts, including director of civil defense and state ombudsman. He became the first chairman of the newly organized Maine Human Rights Commission. In the private sector he served as director of multicultural programs for Pierce Atwood Consulting of Portland before being tapped for the Seeds of Peace job.

Now 65 and still recovering from the effects of a stroke suffered last year, he is calling it quits as a peacemaker and returning to his roots as a high school coach.

Maine has a long and fruitful history in the area of peace-seeking. In the early 19th century Minot farmer William Ladd traveled the countryside making anti-war speeches and eventually helped found the American Peace Society. He also sketched out plans for a world congress of nations that became a blueprint for the United Nations.

In our own time, former Maine Sen. George Mitchell helped end decades of violence in Northern Ireland by brokering the peace accord of 1998. He tried, with similar patience but less success, to cobble together a peace agreement between Israelis and Palestinians.

In his own quiet, encouraging and relentlessly determined way, Tim Wilson has earned an important spot for himself in the pantheon of world peacemakers.

If peace ever does take hold in today's most convulsive, seemingly hopeless trouble spots, history should (but probably won't) take note of one small but important contributor to the process -- a little summer camp on a tranquil lake in rural Maine and the man who has served tirelessly as its guiding light for 14 years.

Jim Brunelle is a weekly columnist and has been commenting on Maine issues for more than 40 years. He lives in Cape Elizabeth and can be reached at jbrune@maine.rr.com.

This story has been posted in the following forums: : Headlines; COS - Thailand; NGO's; Peacemakers; Camps; Youth; Sports